We are proud to announce the immediate release of devonfw version 3.2 (code named “Homer” during development). This version is the first one that contains the new devonfw IDE by default, so there is no need to download a huge ZIP with the whole distribution regardless of the use to which it will be put. The new devonfw IDE CLI will allow any user to setup a customized development environment completely configured with access to all the devonfw features, frameworks and tools. As we access to the official IDEs this is also the first version macOS compatible. 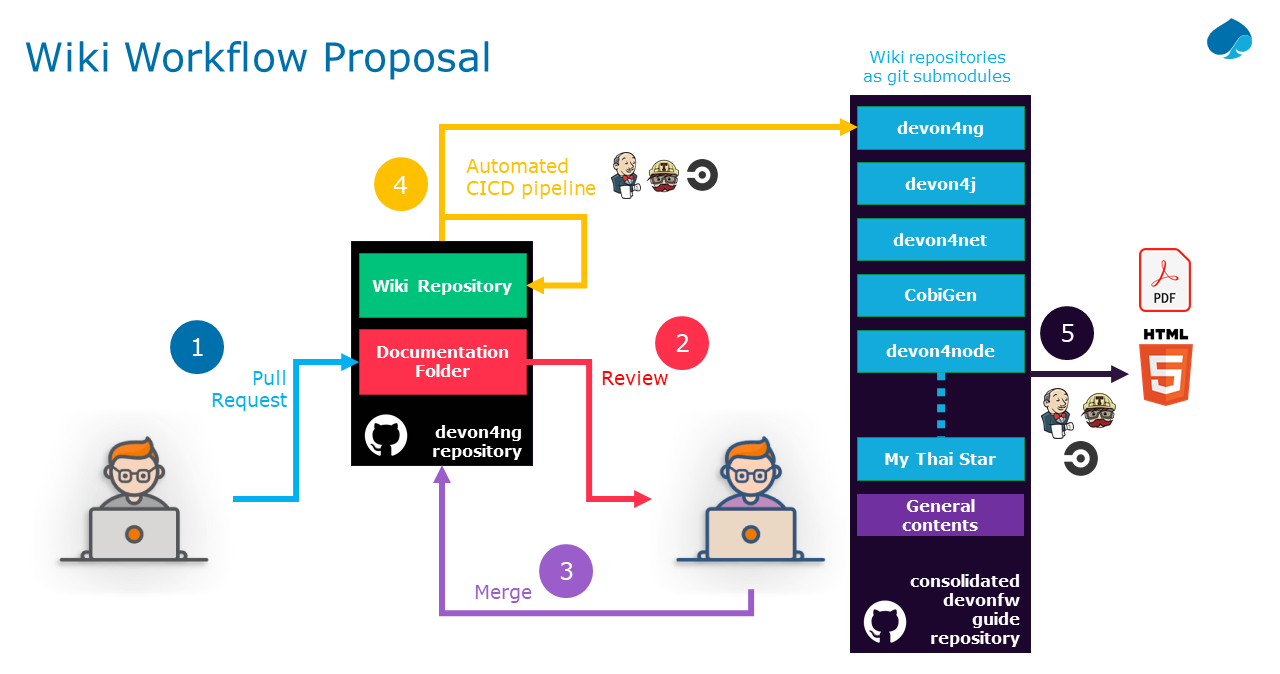 This release also includes the first version of devon4node. We consider that node.js should be a first-class citizen inside the devonfw platform and for that reason we have included the latest development technologies for this ecosystem. The devon4node CLI, schematics and other tools will allow our users to create powerful node.js applications with the same philosophy you may find in the other languages and frameworks included. More information at its section below.

The new devon4net 3.2.0 version is also included in this release. Based on the .NET Core 3.0 and containing lots of new features gathered from important and recent projects, it represents a great improvement and an intermediate step to provide support for the incoming .NET Core 3.1 LTS. More information at its section below.

This release includes the final version of the new CobiGen CLI and completely integrated with the new devonfw IDE. Now using commands, you will be able to generate code the same way as you do with Eclipse. This means that you can use CobiGen on other IDEs like Visual Studio Code or IntelliJ. Besides the Update command has been implemented. Now you will be able to update easily all your CobiGen plug-ins and templates inside the CLI.

On the other hand, the refactoring process has been completely developed, improving the mergers and including input readers for any other languages and frameworks, allowing the creation of models to generate code from them. Last, but not least, this new version includes the new templates for devon4net, devon4ng and devon4j generation.

And as always, My Thai Star has been updated to the latest versions of devon4j, devon4node and devon4net including completely State Management with NgRx in its devon4ng implementation upgrade.

This is the last release with the current semantic versioning number and without a fixed release calendar. From now on the new devonfw releases will happen in April, August and December and will be named YYYY.MM.NN, being the first release of the next year the 2020.04.00.

We have entirely rewritten our automated solution for your local IDE (integrated desktop environment). The former oasp4j-ide and devonfw distributions with their extra-large gigabyte zip files are not entirely replaced with devonfw-ide. This new solution is provided as a small *.tar.gz file that is publicly available. It works on all platforms and has been tested on Windows, MacOS, and Linux. After extraction you only need to run a setup script. Here you provide a settings git URL for your customer project or simply hit return for testing or small projects. After reading and confirming the terms of use it will download all required tools in the proper versions for your operating system and configure them. Instead of various confusing scripts there is now only one CLI command devon for all use-cases what gives a much better user experience.

To get started go to the home page. There is even a migration-guide if you are currently used to the old approach and want to quickly jump into the new solution.

The new release of My Thai Star has focused on the following improvements:

The following changes have been incorporated in devon4j:

The following changes have been incorporated in devon4ng:

The following changes have been incorporated in devon4net:

The following changes have been incorporated in devon4node:

sonar-devon4j-plugin is a SonarQube plugin for architecture governance of devon4j applications. It verifies the architecture and conventions of devon4j, the Java stack of devonfw. The following changes have been incorporated: * Plugin was renamed from sonar-devon-plugin to sonar-devon4j-plugin * Rules/checks have been added to verify naming conventions * New rule for proper JPA datatype mapping * Proper tagging of rules as architecture-violation and not as bug, etc. * Several improvements have been made to prepare the plugin to enter the SonarQube marketplace, what will happen with the very next release. * Details can be found here: https://github.com/devonfw/sonar-devon4j-plugin/milestone/2?closed=1